Up until 4 months ago, I never imagined I would have done a 10KM run let alone a 21KM!

Rewind… This all happened when one day I was invited by Nike to go for a run at the scenic Amby Valley, I had a choice of doing a 5KM, 10KM or 15KM. I went ahead and signed up for a 10KM run without thinking twice.

Since I was completely new to this, I dint consider how difficult the route was which was a mix of an uphill and downhill route being Amby Valley which made the run tougher.

Everyone at Nike Running Club checked with me if I was sure, and at that point I dint realise why that 10KM was a big deal! I started off strong but half way through the run it was not all that easy for me to keep going. Yash who is now a dear friend was pacing me for that run, he made sure I was motivated through out and all thanks to him I actually completed that run on a strong note.

On crossing the finish line all I remember are embarrassing tears of Joy! And that was the day I realised how much I cherished that running experience and the fact that I wanted to do that run again, wanted to keep going.

A few weeks later I get a call from Nike and they wanted to know if I would like to be trained under Nike to reach a certain fitness goal of mine. I was over the moon excited because I knew if I was getting trained by Nike I was going to be trained under really amazing people! Since I loved running so much I told them that my goal was to do a proper Marathon without breaking down. They said they were happy to have me on board to train with them for SCMM for a 21KM run. At first I was apprehensive about that distance but then I also knew how stubborn I am as a person and since I committed to that 21K I would give my best damn shot.

And that’s where the journey began, 3 months before SCMM I met Keerthana from team Nike, who flew down from Bangalore to see me that day. She introduced me to how NRC works and also helped me pick the right gear for my runs at the Nike store.

On the first day of my training at NRC I went ahead and did a 5K run with ease and met the sweetest coach Dan at NRC. He asked me a few questions based on which designed a plan for me to train for SCM on time.

Unfortunately sticking to the plan was difficult for me due to my crazy schedules, but I did do as many runs as I could and attended as many NRC sessions as I could.

NRC Mumbai is infectious, the people, the city and its warmth. I would do it every morning. Its commendable to see Nikes efforts to encourage runners like me. Anyone is welcome to join!

By now you guys know I successfully completed my first SCM run a few days ago. I will be sharing my experience running for the first time at SCM as well, stay tuned!

Until then, thank you Nike for all that crazy Love. 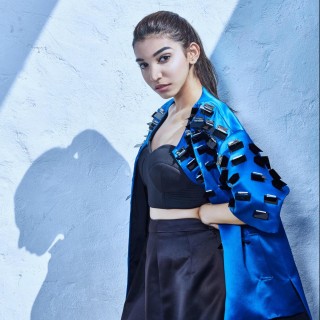 The idea behind this blog is to capture my personal sense of style and showcase everything that inspires my fashion sensibilities in the form of images, videos and more. I hope you enjoy this space as much as I enjoy creating it!